In 1972, a pop song with nonsensical lyrics mimicking the sound of American English rocketed to the top of the Italian charts.

Its writer, Adriano Celentano, is believed to have said he wrote Prisencolinensinainciusol in an attempt to prove that his countrymen would like any song in English, despite having no idea what was being said.

The song, performed by Celentano and his wife, Claudia Mori, became something of a European phenonmenon and was a hit in Italy, Germany, Belgium and the Netherlands.

Almost 50 years later the irresistibly catchy track featuring lyrical gibberish — the only authentic English in the 2 min 20 second song is “all right” — has won an army of younger Italian fans — courtesy of a unwitting Scottish …. […] 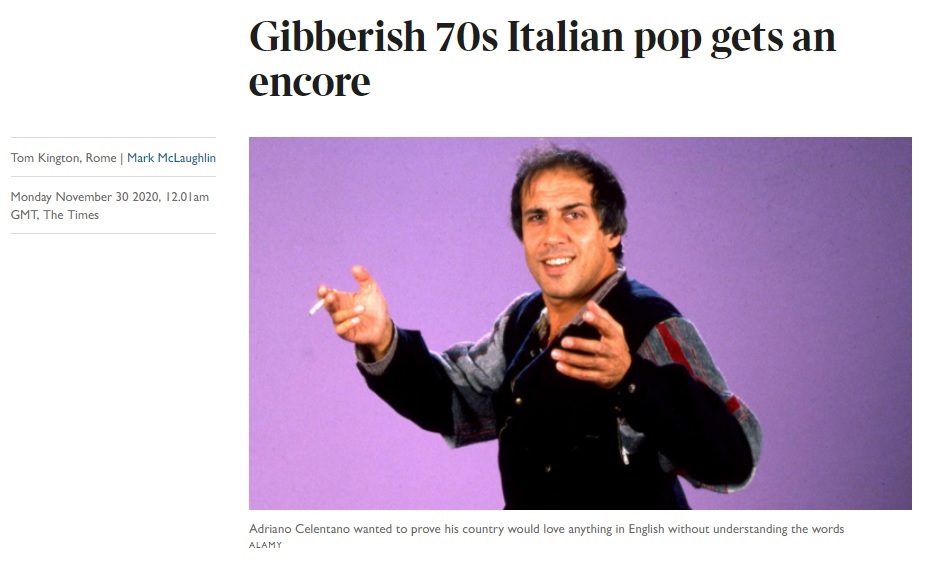